There are few things that are more pleasing to a parent than making their child happy. Most children want two things on their birthday—to get what they want and to impress their friends by having the coolest things at their parties such as the petting zoo or pony rides we provide at Amityville Petting Zoo and Pony Rides of Long Island NY by Fairytale Productions. We are always ready to bring fun to your events via our pony rides and petting zoo services. We have all sorts of different adorable animals available for your child’s party!

The different types of animals that can be seen in our petting zoo include:

Adding a Amityville Petting Zoo and Pony Rides to your party may be that special something your child and his or her friends can remember for years to come.

Ready to host your event for your friends or coworkers. You’re probably going to want to relax and enjoy it as much as possible. You don’t want to worry about ensuring your guests are getting their snacks or drinks, or running around serving everyone. If you add party wait staff and servers to your party planning package, you can sit back and relax while our Amityville Waiting Staff Rentals of Long Island NY by Fairytale Productions serves your guests.

Having our trained and professional Amityville Waiting Staff Rentals wait staff can help you to stay calm and enjoy your own party without worrying about your guests’ needs. At Fairytale Productions, customer service is our main priority and we’d like to see you satisfied. Contact us now at (631) 863-1600 to inquire about our party planning services including Amityville Waiting Staff Rentals wait staff.

How do you create memories for you and your children? Have Santa of Amityville Santa Claus Rentals visit your children in the comfort of your own home. Santa shares a story, gives out gifts that you provide, and poses for plenty of pictures without the hustle and bustle of the mall.

If you are thinking of any type of Tent Rentals  on Long Island, Contact Us Today!

We can assist you in your Amityville tent rental selection and provide you with the best options.

From backyard barbecues to any type of  elegant affair. We will provide you with several package options in Amityville Tent Rental..

A tent that features individual poles arranged under the fabric roof to support and shape the structure. The fabric roof has tension over the poles and also the attached to ropes or cables at several locations around the edges. The cables are anchored to the ground using stakes in the dirt or grass and weights around the tent. Pole supported tents have been around for many years and are the oldest method in tent industry. Pole supported tents remain the most popular tents in the United States.

A tent assembly made of aluminum pipes that supports the roof and defines the shape of the tent. The framework allows the tent to stand by itself without any additional support. It does however require the same cable anchoring method as a pole supported tent. Pipe frame supported tents are popular for events that require smaller tents. Most companies make units as small as 5 X 5 feet  that are easy to set up. They are also suitable for smaller events that require make interior supports unnecessary. Pipe supported tents are available in a wide variety of styles and sizes.

Box-beam frame-supported tent
This tent is assembled by a framework of box beam arches that support the roof and define the shape of the structure. The stronger construction of the aluminum frame makes these tents suitable for larger or longer-term applications. The box beam tent also allows for large areas of unobstructed space under the tent roof.

This type of tent shares some some of the characteristics of the pole supported tent, but relies more on a tension system. By intensifying the tension to resist applied loads and shape the fabric roof means less of a traditional support structure is needed to maintain it. One of the more modern tent designs, tensile tents tend to be more sculpted in appearance than traditional tents. 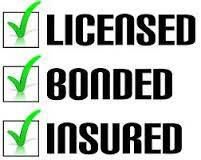 Our attendants can be added to any event. All block parties require an attendant and permit.
Our Amityville inflatable Rentals will be set up in morning and picked up after the event.

Although Amityville inflatable Rentals are most commonly seen at kids’ parties, adults too can enjoy the fun that is an inflatable slide or obstacle course. We offer a large selection of different Amityville Inflatable Rentals for any need. Fairytale Productions aims to use our extensive experience in the party planning business to help make your party the best it can be.

We offer a variety of Inflatables including:

A few of our specialty inflatables include:

A caricature is a rendered image showing the features of its subject in a simplified or exaggerated way through sketching, pencil strokes, or through other artistic drawings.

In literature, a caricature is a description of a person using exaggeration of some characteristics and oversimplification of others.

Caricatures can be insulting or complimentary and can serve a political purpose or be drawn solely for entertainment. Caricatures of politicians are commonly used in editorial cartoons, while caricatures of movie stars are often found in entertainment magazines. In most cases a caricature is a drawing of a real person which distorts or exaggerates distinctive features of the subject, but still retains the subject’s likeness. At the same time it exaggerates the subjects most distinctive features of their face. Caricatures first became a popular genre of fine art in the 16th and 17th century and were created by satirists to ridicule public figures and politicians in many cases a caricature with a moral message is considered a satire. They continue to remain popular today, and are used in magazines and newspapers to poke fun at film stars, politicians and celebrities. The only thing that has changed is the artist tools.

Initially Amityville Long Island NY caricaturists used charcoal drawings, pencil or pen and ink drawings, but today an artist has access to graphics programs like Adobe Illustrator. Caricaturists have wielded significant power with their pen, far more so than a writer ever could. In the early days of the genre they transmitted messages without the need for the written word, important at a time in history when the majority of the population could not read. Contact us today to add a caricature artist to your event!

If you’re hosting a party for one of your kids and you’re trying to figure out exactly how to make it exciting and memorable, you might want to consider Amityville Costume Characters Children Party Rentals, costumed characters. Kids love to meet their favorite characters from the movies and shows they watch and it can be quite the birthday to remember if their favorite characters were present at their party. At Fairytale Productions, we offer 1/2 hour meet and greet Amityville Costume Character Rentals – Children Party Rentals packages for small parties and longer meet and greet packages for larger parties.

When you do anything your kid enjoys and you see the smile on his or her face, it can make it all worth it. Let us help you with some of the work, while you enjoy all of the smiles. Contact us today for more information on Amityville Costume Character Rentals – Children Party Rentals.

If you’re hosting a party for one of your kids and you’re trying to figure out exactly how to make it exciting and memorable, you might want to consider Amityville Clown Rentals or our other costumed characters. Kids love to meet their favorite characters from the movies and shows they watch and it can be quite the birthday to remember if their favorite characters were present at their party. At Fairytale Productions, we offer 1/2 hour meet and greet packages for small parties and longer meet and greet Amityville Clown Rentals with packages for larger parties.
We can also provide the following:

When you do anything your kid enjoys and you see the smile on his or her face, it can make it all worth it. Let us help you with some of the work, while you enjoy all of the smiles. When hosting a party for any child, consider Amityville Clown Rentals by Fairy Tale Productions.

Examples of face paintings we can do are:

You can add on our talented Amityville Face Painting of Fairytale Long Island NY Party Rental Productions to your package when you’re planning the party of your child’s dream.

Call us now at (631) 863-1600 for a free quote! Contact us today for more information on our Amityville Face Painting Rental Services.

When you have a party, there are particular things that guests will remember. These include the food and drinks, the lights and decorations, and the music. Certain music can make or break a party and set the mood. Having a Amityville Disc Jockey Rental DJ who has been instructed to play the type of music you and your guests enjoy may take the worry off your mind. With our Amityville Disc Jockey Rental DJ services at Fairytale Productions, you can enjoy your party and know that the musical entertainment is taken care of.

If you’re someone who enjoys music, your guests probably are, too. You know just how important the right tunes can be. Let Amityville Disc Jockey Rental of Fairytale Productions provide a professional DJ to help make your party a hit! Call us now at (631) 863-1600 to add a DJ to your party package!

Are you planning a party or hosting a birthday? Having the right snack can really make a difference, especially if it’s a party for children. Although you may not be serving a full meal at your party, it doesn’t mean guests can’t be entertained and well-fed. Kids love a variety of snacks and so do adults. Amityville Concession Stands offer snack stands from Fairytale Productions, which can make your event fun and exciting!

Our Amityville Concession Stands and snack rentals include:

There are so many different types of snacks and concessions available to entertain and feed your guests. With Amityville Concession Stands and snack rental, you may be able to find the perfect combination to impress the crowd. Contact us now by calling (631) 863-1600 to discuss your needs and let us help you figure out which concessions may be right for you!

If you’re interested in a theme party, Amityville Adult Casino Hosting night can impress all of your guests and provide an evening of fun for all who attend. Whether you’re hosting an event for your friends or coworkers, or you’re having a fun birthday party for kids, Amityville Adult Casino Hosting by Fairytale Productions may be able to accommodate all needs involved. Your guests can look back and remember your event for quite some time!

A few ideas we can incorporate into casino parties are:

For a fun kids’ birthday party, you can make it more family friendly by renting our Amityville Face Painting or Amityville Concession Stand for snacks and fun, non-alcoholic drinks. If you’re hosting a holiday party or an evening party for friends, you can have a bartender serving real drinks and make it a night to remember. You count on us for Amityville Adult Casino Hosting by Fairytale Productions to use our years of experience in party planning to make your casino night an exciting one.